The University of Granada in the European infrastructure LifeWatch-ERIC

Our project will collect, standardize, analyze, document and transfer all existing information about biodiversity, ecosystem services and global change in mountain ecosystems, using remote sensing, computing and new information and communication technologies advanced tools. In fact, our Thematic Center on Mountain Ecosystems University of Granada-Sierra Nevada aims to be a prototype node in R&D for the European LifeWatch Infrastructure where new conceptual approaches, analytical developments and technological tools are tested. In accordance with the philosophy of the European Research Infrastructures (ERIC), we have proposed an ambitious internationalization plan, also contemplating national and regional coordination. All the objectives and actions established are aimed at the different users of the proposal: researchers, managers and citizens in general.

From the scientific point of view, both the proposed research plan and the analysis of the information generated will contribute decisively to improve the knowledge of the functioning of Sierra Nevada ecosystems in global change scenarios. These objectives will be addressed by teams formed by researchers from the University of Granada belonging to different scientific disciplines related to biodiversity, ecosystem services, global change, information and computer technologies and sustainable development, in direct contact with those responsible for environmental management and citizens in general. Our participation in LifeWatch-ERIC will provide us with open access to a large number of documented databases (field sensors, remote sensors…) and large computing facilities (Big data and Artificial Intelligence), developing virtual research laboratories. Our challenge is to create and maintain a physical and virtual infrastructure for research, monitoring and transference to decisión-makers (including analysis, modeling and synthesis) that optimizes the adaptive conservation of mountain ecosystems and their provision of ecosystem services.

From the point of view of sustainable development, the collaboration in the project with the Provincial Council of Granada (Diputación de Granada) guarantees the projection of scientific knowledge in the anthropized territory of Sierra Nevada for the resolution of socioeconomic and environmental problems. Thanks to the collaboration with the Provincial Council, an ambitious plan for knowledge co-production and co-design of participatory activities based on the model of citizen science and environmental education is also being implemented.

The budget for this ambitious project is 6,052,480 euros. The project will begin to be implemented at the beginning of 2021. For its development, several research groups from the Faculty of Science, the Faculty of Economics and Business and the Information Technology and Telecommunications School will work together, with the participation of the Provincial Council of Granada. The main centers involved in the development of the project are the Andalusian Inter-University Institute for Earth System Research, the project headquarters, and the Andalusian Inter-University Institute in Data Science and Computational Intelligence, being the ecosystems of the Sierra Nevada and other European, American and African mountains the main focus of the comparative studies.

More information on the objectives and work packages (thematic and cross-cutting) included in the project are shown below in the following extracto del proyecto original (Project Coordinator: Prof. Regino Zamora Department of Ecology and the Andalusian Inter-University Institute for Earth System Research , UGR).

Se ha publicado el libro «The Landscape of the Sierra Nevada. A Unique Laboratory of Global Processes in Spain” 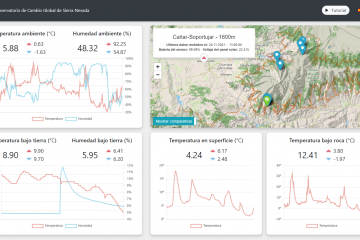 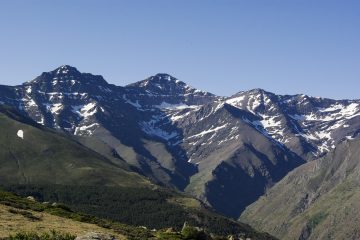 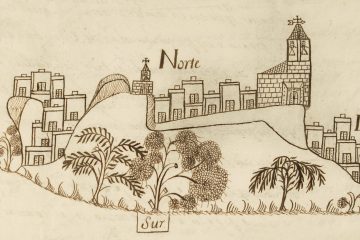